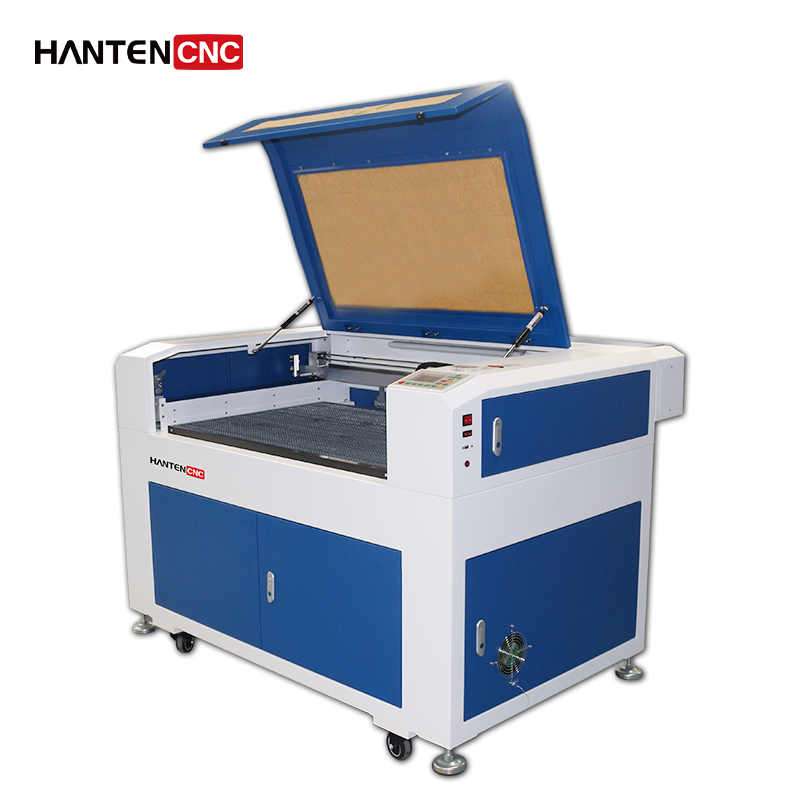 Laser engraving is mainly carried out on the surface of the object, and it is divided into two types: bitmap engraving and vector engraving

We first carry out the screen processing of the graphics we need to engrave in PHOTOSHOP and convert them into monochrome BMP format, and then open the graphics file in the dedicated laser engraving and cutting software. According to the material we are processing, we can set the appropriate parameters, and then click to run, the laser engraving machine will engrave according to the dot matrix effect produced by the graphic file.

Use vector software such as Coreldraw, AutoCad, Illustrator and other typesetting design, and export the graphics to PLT, DXF, AI format, marking machine, and then use the special laser cutting machine engraving software to open the graphic file and send it to the laser Processing in the engraving machine.

The laser beam is matched with a high-purity inert cutting gas to drive the melted material away from the kerf, and the gas itself does not participate in the cutting. Laser melting cutting can get a higher cutting speed than gasification cutting. The energy required for gasification is usually higher than the energy required to melt the material. In laser melting and cutting, the laser beam is only partially absorbed. The maximum cutting speed increases with the increase of the laser power, and decreases almost inversely with the increase of the thickness of the sheet and the increase of the melting temperature of the material. In the case of a certain laser power, the limiting factor is the air pressure at the slit and the thermal conductivity of the material.

The difference between laser flame cutting and laser melting cutting is that oxygen is used as the cutting gas. With the help of the interaction between oxygen and the heated metal, a chemical reaction is generated to further heat the material. Due to this effect, for structural steel of the same thickness, the cutting rate that can be obtained by this method is higher than that of melting cutting.

On the other hand, this method may have worse cut quality compared to fusion cutting. In fact, it will produce wider kerf, obvious roughness, increased heat-affected zone and worse edge quality. Laser flame cutting is not good when processing precision models and sharp corners. A pulsed laser can be used to limit the thermal influence, and the power of the laser determines the cutting speed. In the case of a certain laser power, the limiting factor is the supply of oxygen and the thermal conductivity of the material.