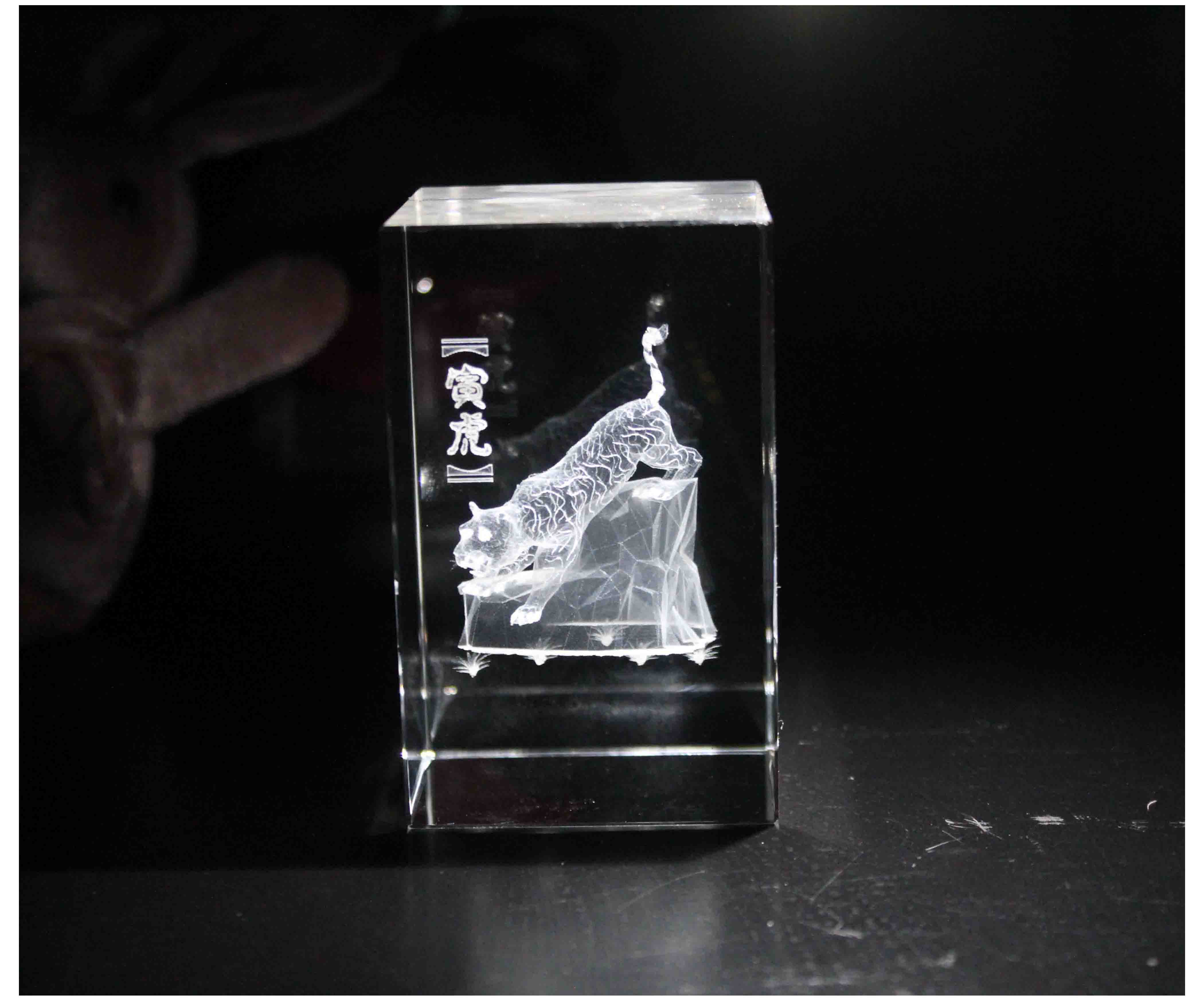 Speaking of laser, we can easily think of its application in mechanical processing. However, in addition to industrial applications, laser technology also has many applications in craft products. Laser engraving is based on numerical control technology, and laser is used as the processing medium. Under the irradiation of laser engraving, the processing material will melt and vaporize instantly and physically change, so as to achieve the purpose of engraving processing. Laser engraving is the use of laser technology to engrave text on objects. The characters carved by this technology have no nicks, the surface of the object is still smooth, and the writing will not wear out.

When it comes to crafts made by laser, the first thing I think of is the inner crystal carving. The outside of the crystal is smooth and hard, without any gaps. People who don't know the process principle behind it really can't figure out how this internal pattern is made?

In fact, most of the crafts you usually see are not real crystals, but artificial crystals. "Laser" is the most useful tool for "internal carving" of man-made k9 crystal (also called "crystal glass"). Using laser engraving technology, the plane or three-dimensional pattern is "carved" in the crystal glass.

These glass and crystal handicrafts are made with a computer-controlled laser engraving machine. The laser machine injects a certain wavelength of laser light into the glass or crystal, causing the specific part of the inside to burst into bubbles to form a preset shape.

The principle of laser engraving is actually very simple. For a laser to be able to engrave glass, its energy density must be greater than a critical value, or threshold value, that will destroy the glass, and the energy density of the laser at a certain point is related to the size of its spot at that point. The same laser, the smaller the spot The greater the energy density generated in the place. In this way, through proper focusing, the energy density of the laser can be lower than the glass damage threshold before it enters the glass and reaches the processing area, and exceeds this critical value in the area to be processed, and the laser generates pulses in a very short time. Its energy can cause the crystal to be heated and ruptured in an instant, resulting in extremely small white spots, carving a predetermined shape inside the glass.