The History of the Gun

1. The musket, There is a fire hole on the tail. When you want to fire, you need to insert a hot wire into the fire hole to ignite the gunpowder. Obviously, this launch method is not reliable, and the ignition success rate is not high. The shooter is basically unable to fire while aiming. Therefore, the barrel of a musket gun is generally very short-the firing process itself lacks a quasi-head. If the barrel of a musket gun is long,it is not easy to use.

2. With the advancement of science, the matchlock gun appeared. There is a matchlock lever on the matchlock gun like a fishing rod. The front part of the fishing rod is hung with a matchlock which is a kind of rope that has been soaked in chemical reagents. The burning match rope can ignite the gunpowder in the powder pool. The gunpowder in the powder pool is ignited and then enters the barrel through the fire hole to ignite the propellant to complete the firing process. The firing reliability of this firearm has been improved a lot. At the same time you can fire while aiming. Therefore, the length of the barrel was greatly increased during the matchlock gun period. In addition, this matchlock guns lever gradually evolved into the prototype of the trigger for later generations.But matchlock guns also have disadvantages. First of all, It can't prepare for shooting. If you  ignite the fire rope early, the fire rope have burned almost when the target appears; if you ignite the fire rope late, I am afraid that when the target appears, the match will not have time to burn out. In addition, the fire rope exposes the target at night, and the fire rope cannot be ignited on rainy days, which is still inconvenient

3. wheel guns and firing guns slowly appeared behind.The appearance of the firing gun is aimed at the shortcomings of the wheel gun. The wheel guns is a flywheel rotating, the flint rubs and sparks, ignites the gunpowder in the powder pool, and the gunpowder passes through the gun barrel to upload the fire hole to ignite the propellant and fire the projectile. However, the gunpowder in the medicine pool performs very poorly in a humid and rainy environment. The firing guns is different. It uses thundermercury as the primer. This gunpowder is not afraid of being wet. It will sound as soon as you touch it. Just beat the primer directly. The environmental adaptability is quite good. 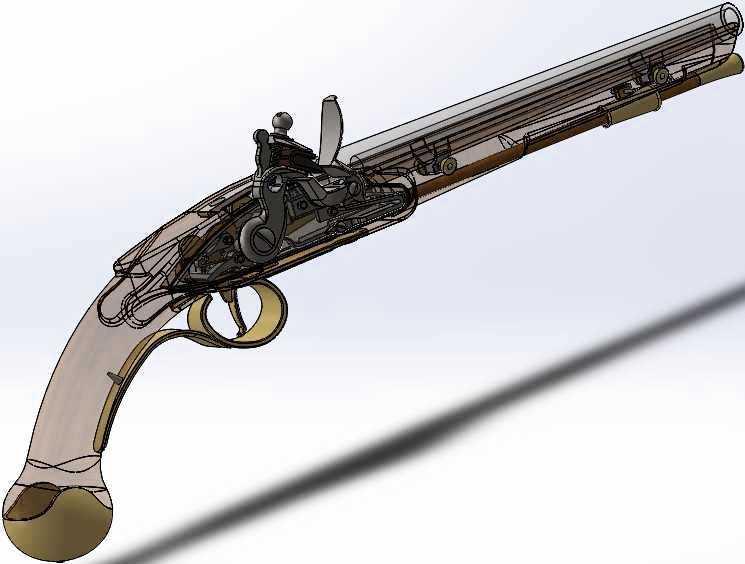 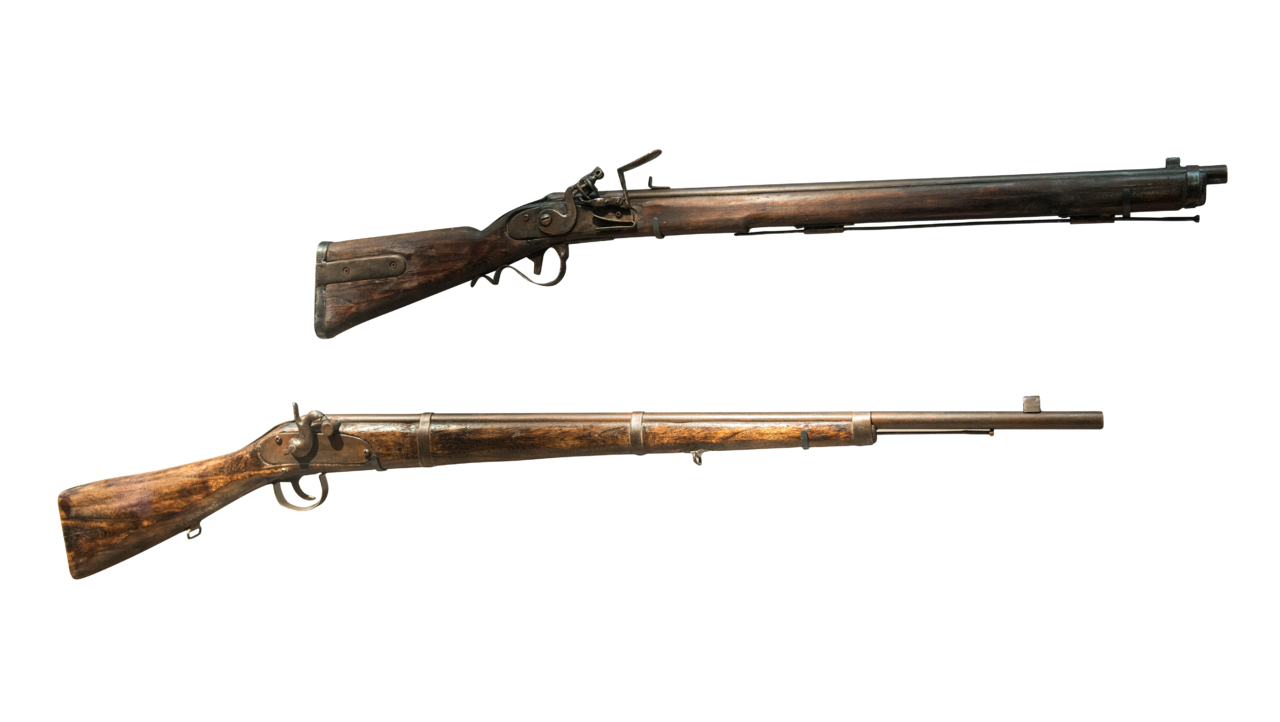 Because the firing gun solved the reliability problem, in order to speed up the rate of fire and improve performance, fixed-loaded bullets and smokeless gunpowder were born one after another. In addition, in the history of firearms development, there have been several technological advances in the wet-process gunpowder mixing process, standardization of calibers, and the modification of front-loading guns and later-loading guns. However, due to space limitations, the editor will explain next time. Welcome to collect the Hanteng Laser website and bring you more introductions of guns.

Use Laser Stippling Machine to Customize Your Unique Gun

send an email to manager@jnhanten.com