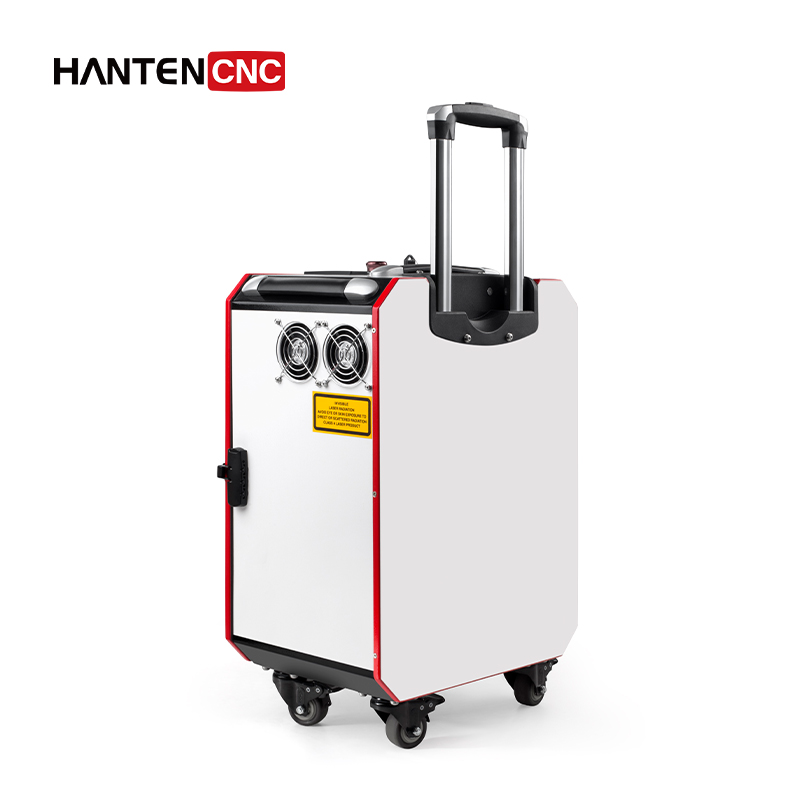 Laser cleaning technology uses high-frequency high-energy laser pulses to irradiate the surface of the workpiece. The coating layer can instantly absorb the focused laser energy, so that the oil, rust or coating on the surface can be evaporated or peeled off instantly, and the surface attachments or surface coating can be effectively removed at a high speed. The cleaning method is very short, and the laser pulse with a short action time will not damage the metal substrate under the appropriate parameters.

The cleaning process of pulsed Nd:YAG laser relies on the characteristics of the light pulse generated by the laser, based on the photophysical reaction caused by the interaction between the high-intensity beam, the short-pulse laser, and the pollution layer.

The physical principles can be summarized as follows:

1. The beam emitted by the laser is absorbed by the pollution layer on the surface to be treated;

3. The shock wave turns pollutants into fragments and is removed;

4. The light pulse width must be short enough to avoid heat accumulation that damages the surface to be processed;

Nd: YAG devices have been widely used in material processing. In addition to laser drilling, welding, heat treatment, marking, writing, dynamic balancing and other processing applications, it can also be widely used in the field of micro processing. Especially the processing of large-scale integrated circuits has shown its unique advantages.