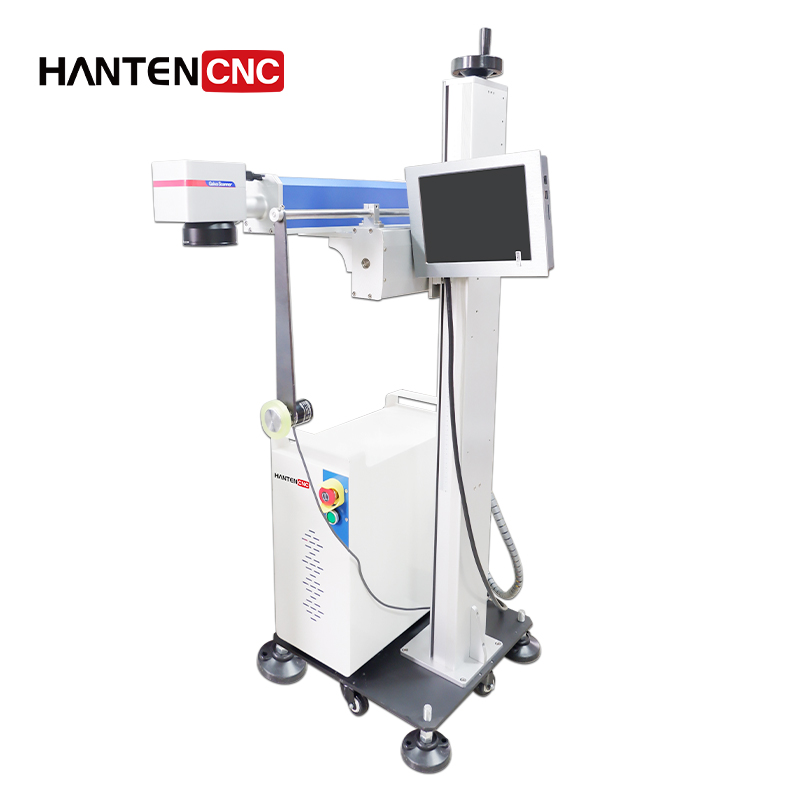 With the development of laser marking machine technology, it has continuously penetrated into various industries, and the logo, company name, model, patent number, production date, batch number, model, bar code, and QR code marking have been widely recognized. With the continuous development of this marking mode, online flight marking has also become a standard equipment, marking various types of cables, packaging, pipes, beverages and other materials.

On-line flying laser marking is a form of marking relative to static laser marking. As the name suggests, it is a form of surface laser marking one by one for products that flow at a constant speed while the products next to the production line are in motion. To put it simply, flying laser marking means to put the goods on the conveyor belt and follow the assembly line to work, in conjunction with industrial automation, let them pass through the laser machine and then automatically induct marking, without manual feeding, which is a manifestation of automation. . The static laser marking is a semi-automatic marking mode, manual loading and unloading, placing the workpiece on the marking table, and then manually unloading the material after the marking is completed by the laser machine. Both have unique visual and tactile effects and the characteristics of never being wiped; they have strong anti-counterfeiting, anti-sweeping characteristics and meet the diverse needs of marking and marking, automatic production, assembly line production, and non-conventional interface materials. need.